The origins of Surveillance and Intelligence

The advent of digital media may have eclipsed the fundamental role of paper in the dissemination of knowledge, but we must not forget that, until a few decades ago, any ideas were transmitted on a sheet of paper.

The origins of INNGUMA are also on paper. Material from which the first catalogues of the competition were made in the beginnings of Competitive Intelligence in 1990.

INNGUMA was conceived in the very heart of the industrial and scientific fabric of the Basque Country. Our origins lie in the need for surveillance DANOBATGROUP requested decades ago from IDEKO research centre, which originally carried out its surveillance work in physical format. 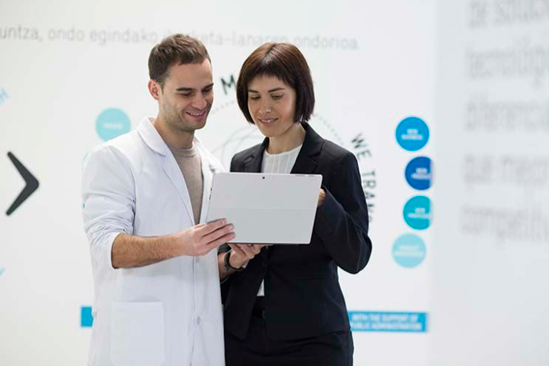 With the passage of time, information has become digitised and paper has been relegated to second place. All these years of research by the IDEKO Technology Centre have resulted in the development of a software platform based on UNE standards. The tool was launched in 2010 under the name “Intelsuite” and thanks to the proximity with customers, it has evolved with the aim of offering the best mechanism for capturing different data sources.

The Software was launched on the market and due to its success evolved into a spin-off company, being renamed INNGUMA in 2019.

We have an innate inclination towards technological development and research for the technological improvement of the product, which helps us to focus on improving the software so that all companies can take advantage of the benefits of Competitive Intelligence and Technology Watch.